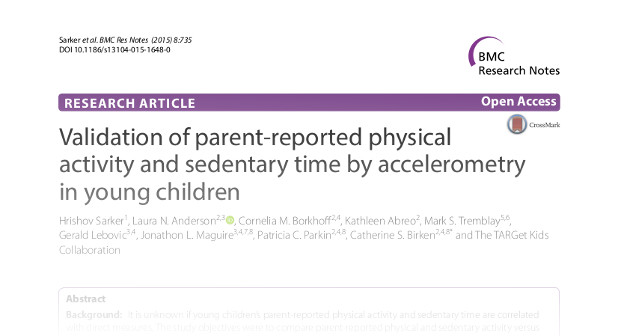 HALO Director Dr. Mark Tremblay is co-author on a paper, “Validation of parent-reported physical activity and sedentary time by accelerometry in young children,” that was recently published in BMC Research Notes. Citation details and a summary of the paper are below.

Do Sugar-Sweetened Beverages Cause Adverse Health Outcomes in Children? A Systematic Review Protocol

Dr. Patricia Longmuir’s Paper on Submaximal Exercise in Children After the Fontan Procedure Published in Medicine & Science in Sports & Exercise