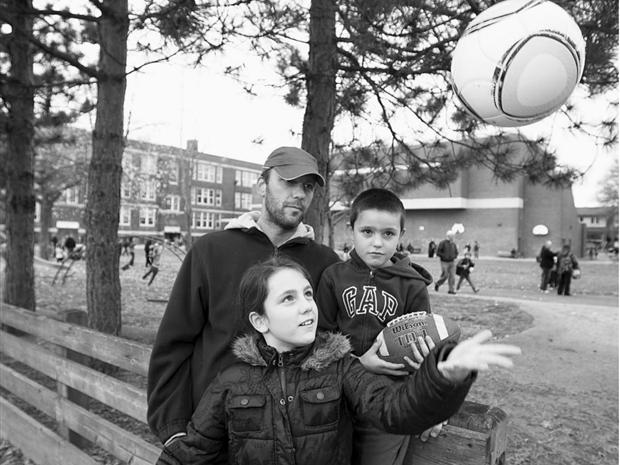 The National Post is running a story today about a Toronto elementary school’s ban of most balls on the playground due to safety concerns. The title of the article is, “Parents cry foul after elementary school bans balls.”

Dr. Mark Tremblay, Director of HALO, was quoted for his thoughts on the school’s ban:

“It sends the wrong message that playing these unorganized games or even some form of reasonably organized sports is dangerous and generally speaking that’s not true,” said Dr. Mark Tremblay, chief scientist at Healthy Active Living Kids Canada. “The health benefits far exceed the risks associated with them.”

Activities such as playing with balls help children learn co-ordination, teamwork and how to manage risks. The ban on schoolyard sports is part of a broader issue of parents and educators who try to keep children out of harm’s way – by not letting them walk to school or play in the park alone – but end up encouraging sedentary habits that put children at greater risk of serious health issues, such as diabetes, decades later.

“It’s all couched in with this overparenting phenomenon, which is rooted in the best intentions of parents trying to eliminate risk for their kids,” he said. “But I don’t think it prepares our kids for the real world and it accelerates more health problems that we’re not paying attention to that are slower and more insidious than a black eye from a ball.”

Dr. Kristi Adamo Discusses the Maternal Obesity Hypothesis in The Globe and Mail